At the moment, I have disabled user registration and login. Most of you never login, and the only advantage to do so, is that you can submit pictures to the gallery, so it wont have much negative effect. I did this because the user registraiton was getting spammed with fake accounts. If I figure out how to add some effective captcha to stop this heppening, I may re-enable the user menu in the future.

This instrument is supervised by: Peter Eaton, contact: This email address is being protected from spambots. You need JavaScript enabled to view it. 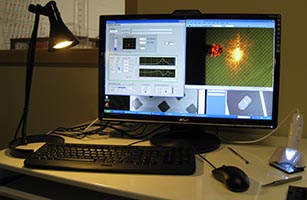 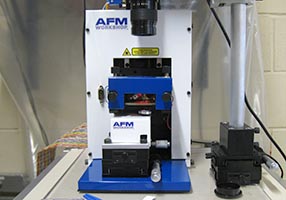 
This instrument is a modified TT-AFM from AFM Workshop.

It is equipped with two scanners, enabling large (low resolution ) or small (high resolution) scanners. It has an experimental liquid cell for in-situ measurements.

*These features are not yet tested.