This page has a list of corrections to the book "Atomic Force Microscopy".  If you notice any more mistakes, please let me know here. That way I can correct them in the next edition!

Important Note: All these errors will be corrected in the upcoming paperback edition. If you know of any more, let me know!

Thanks very much to everyone who informed me of these errors!

Afmhelp.com has just been published, it does not have much content right now, but it's coming soon.

The website will launch towards the end of 2009, for more information see "About AFMHelp.com".

This site is designed to offer help with atomic force microscopy (AFM). AFM is an amazing and powerful technique for measuring images, and making other measurements of a wide range of samples. However, it can be rather daunting to use, especially for the beginner. On this website, as well as in the accompanying book we've collected a lot of information that explains how AFM works, and howto use AFM, and to process and analyse the images.

There's a lot of information about AFM all over this website,  but for an overview, take a look at the AFM: Beginner's Guide page, and for frequently asked questions check out the AFM FAQ. 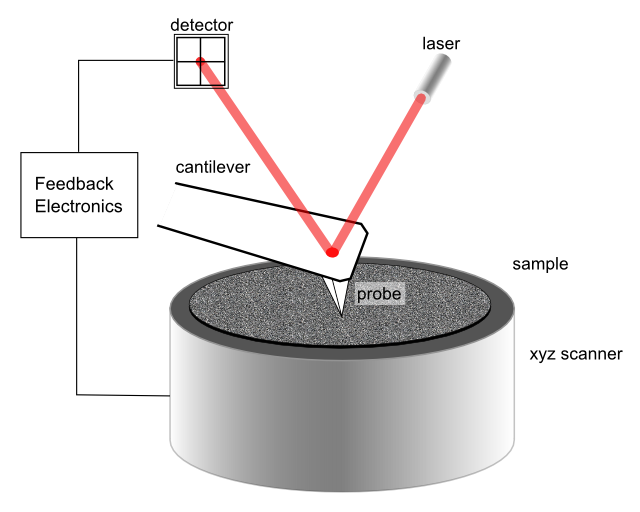